BLAST makes its debut with a new online DOTA 2 tournament featuring the best teams from across Europe and the world. The BLAST Bounty Hunt started yesterday and will run until the 13th of June. The tournament will see the best teams in Europe and the world in a very special type of event. OG Esports, Team Secret, Nigma, NIP, Alliance, and Team Liquid will be playing BO3s until the Championship Final BO5. Teams will seed each other and play in double elimination brackets to reach the final two. Seeds 3-6 will playoff with the winners moving on to play seeds 1-2 for a place in the final. 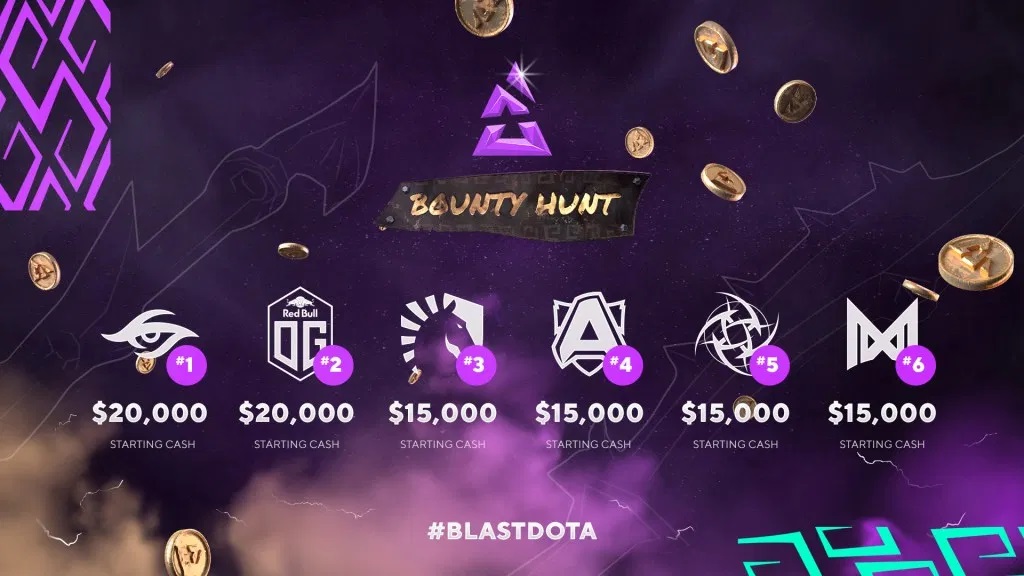 This tournament is somewhere between the Midas Mode concept and the traditional events. The teams will compete for a $145,000 US dollar dynamic prize pool for players and a $5,000 cash prize for audience participants. These features have never been seen before in esports and were created in collaboration with the competing teams. Every match takes on greater significance because there is extra bonus money available during each match that the teams can bank. Each match they play they add to their bank through winning and collecting bonuses.

The seeding is also determining the amount of money the teams have at the beginning of the tournament. OG and Team Secret received tier-one seeds, therefore they are the wealthiest with $20,000 and a spot straight into the upper bracket semifinals. Alliance, Nigma, Team Liquid, and NIP start in the first round of the upper bracket, each with $15,000, but they can lose 40% of it every time they lose a series. The percentage is going to the team that defeated them. $45.000 of Additional Bounties can be won along the way. A winning team with an unbeaten record could walk away with up to $51,120 plus with additional bounties won, teams can be winning up to $96,000.