The Main Event of the Spring 2020 edition of the European Masters - Spring 2020 began on the 22nd of April and will run until the 10th of May. The best teams from all across Europe will compete in order to be crowned Masters of Europe. Teams already have had their first matches to get here in the play-in stage and now we have the four groups for the main event. If you are not familiar with European Regional Leagues, do not fear, there are a lot of top teams in this event, including some of the best teams in the world.

In group A we got BT Excel, GamersOrigin, Team GamerLegion, and YDN Gamers, group B is AGO Rogue, Defusekids, LDLC OL, and Vodafone Giants. For group C we got FC Schalke 04 Evolution, K1CK Neosurf, Movistar Riders, and Team Singularity. Finally in group D are Energypot Wizards, eSuba, Fnatic Rising, and Mousesports. 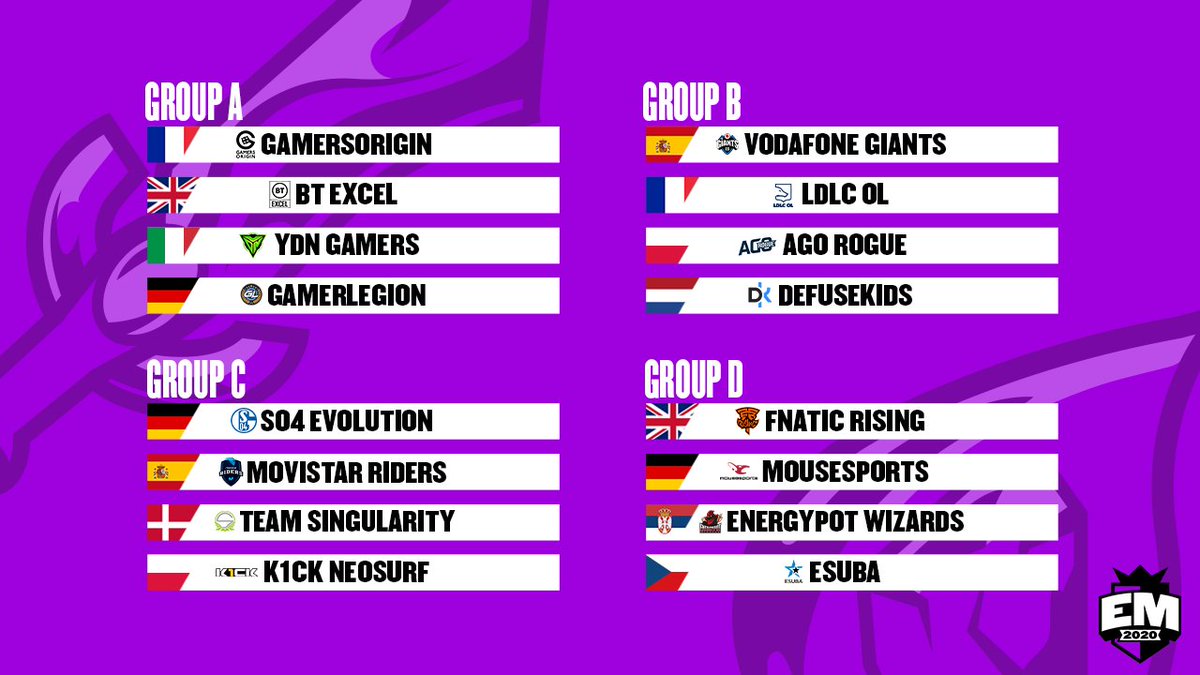 Follow this event, it is one of the best League of Legends events currently being played. As usual, you can find interesting data to place your bets on our ODDS site, so make sure to have a look at it if you are in doubt!